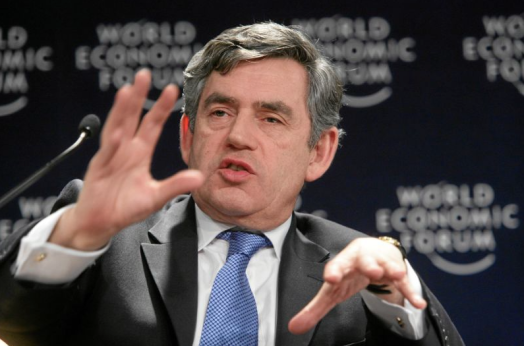 If you are a CEO or an aspiring leader wishing to improve your leadership skills, you will not waste time reading the recently published autobiography, My Life, Our Times, by Gordon Brown, former United Kingdom Prime Minister and Chancellor, if only to learn what not to do as much as what to do.

I attended the book launch chaired by Jonathan Freedland, at Westminster Hall with mixed feelings. I had not warmed to him when he was a leader but I admired his conviction. I left with the reverse view: I liked him more and was surprised to find myself shocked by his values.

The audience was partisan and clapped throughout. I didn’t, but I did find myself laughing out loud at his stories, his mirth and surprisingly engaging manner. It’s a shame we didn’t see more of that when he was in power. This point links to the first of three lessons.

He writes that he couldn’t do “touchy-feely” politics and never mastered the ability “to sculpt my public image in 140 characters”. Initially I misinterpreted this as an expression of regret and wishfully thought the statement contained in it an implicit warning to other would-be leaders not to repeat this error.

But it becomes clear that he believed that “what mattered was not what I said about myself, but what our government could do for our country”. Taken at face value this suggests a humility that places government or the organisation above its leader.

But it did matter what he said about himself because people buy people first and need to see the spirit of their leaders revealed if they are to follow them. I’ve never liked the phrase “touchy-feely”. In two words it seems to diminish the courage it takes to be honest.

Once I facilitated a leadership conference, having won the pitch to do so against a competing facilitator, on the basis of my manifest belief in clarity of feelings only to find that on the first day of the conference the boss warned me off making the event too “touch-feely”.

I had sympathy with his fear but wished he had had the courage to overcome it. I ignored his warning and proceeded to “do” touch-feely anyway and he was very happy with the outcome.

What concerned me about Mr Brown’s view was that he wasn’t regretting his attitude but regretting the fact that it didn’t work. The lesson for you as a leader, whether you like it or not, is that clear and frequent communication about you, your values and plans are not optional.

The second lesson is around his views about what he did and didn’t know at the time of the decision to go to war in Iraq. “Beyond questions of financing” he writes, “The Treasury had little involvement”. He’s saying he wasn’t in “the room”. When he said this to Jonathan Freedland in the Q&A session I was so shocked I could no longer laugh at his jokes. Why wasn’t he in the room? Who stopped him? Why didn’t he force his way in?

This is unacceptable behaviour. The Chilcot Report rightly called out the “sofa style” governance errors of the Blair decision-making process. That Mr Brown wasn’t on the sofa was as much his abrogation of corporate governance as Mr Blair’s.

The third lesson is one that acknowledges Mr Brown’s clear sense of purpose on matters he cared about. He cared about the poor and acted on their behalf. His belief in the importance of a health service “free at the point of delivery” was laudably unshakable, if weak in execution.

And few would argue that his intellectual rigor in dealing with the financial crisis in 2009, probably, saved the world from financial meltdown.

The lesson here is to have clarity of purpose. He rightly received applause in the hall for this. That said these successes don’t compensate, for me, his failure to confront himself, as we all have to do.

David Hare, in his review of the book in The Guardian, finds this aspect of Mr Brown’s character “endearing”: “Brown has in abundance what the rest of us have to some degree – a haunting ignorance of our own place in the picture. The fact that, to judge by this book, he remains unaware of this failing makes it all the most affecting”.

I disagree. It’s not endearing. It’s shocking and dangerous. Lack of self-knowledge is as human as it is ubiquitous. But leaders need to work hard at confronting their worst behaviour because it conceals their greatest asset: unique hidden potential.

Had Mr Brown been supported in accessing his inner “touchy-feely-thing” (sic) he might have realised that vision, conviction and intellectual rigor are not enough to lead any endeavor, successfully. He would have connected with his and our vulnerability and found a way to communicate in his brilliant, funny and engaging style the plans which people could have executed, not just ideas to cheer. And, had he done so, wouldn’t we all now be safer?

Does this mean that your board should favour the first three over the last three as benchmarks for your CEO? The rankings suggest that you should. I disagree.

HBR has ranked CEOs using a weighting system, which favours financial performance over the other factors using an 80/20 ratio. “To calculate the final ranking, we combined the overall financial ranking (weighted at 80%) and the two ESG rankings (weighted at 10% each), omitting CEOs who left office before June 30, 2017”.

By two ESG rankings, they mean environmental, social and governance analytics as reflected in two scores: Sustainanalytics and CSRHUB. Directors who are shareholder-value merchants, red in tooth and claw, might wince at the inclusion of such wet factors. I argue the opposite: the weighting for the ESG factors is not high enough.

For example, Pablo Isla, CEO of Inditex, headquartered in Spain, is in first place while Ian Cook, CEO of USA based consumer goods company Colgate-Palmolive is in 100th place.

Let’s look at their comparative rankings: Isla scored 18, 76 and 142 for FINANCIAL, Sustainanalytics and CSRHUB respectively, whereas Cook scored 186, 167 and 89.

These suggest that while Pablo Isla outperformed Ian Cook in FINANCIAL and Sustainanalytics scores, Cook outperformed Isla in CSRHUB scores significantly. So what?

Let’s look closer at the providers of the ESG scores: “Sustainanalytics is a leading provider of environmental, social and governance (ESG) research and analytics that works primarily with financial institutions and asset managers and with CSRHUB which collects, aggregates and normalizes ESG data from nine research firms and works mainly with companies that want to improve their own ESG performance”.

CSRHUB is obviously the “softer” of the two ESG scores. Why has it the same weighting as the other ESG score? Why is governance, a crucial internal board matter conflated with environmental and social matters, both external issues?

Who decided on the 70/10/10 ratio? Why not 60/10/20? Or why not split out governance and give it a score of its own? Surely any board would link good corporate governance with risk reduction and maximizing opportunities?

Would you not be a tad miffed if you were Paul Polman, CEO of Unilever, ranked 82nd with a 177/168/17 score? His CSRHUB ranking of 17 comes as no surprise. He is famous if not infamous for his focus on non-financial performance factors. It was he who refused to report to the market on a quarterly basis.

Should he not be further up the “performance” rankings? He is, by all accounts in the financial press, trying to balance performance with developing capability and with ensuring sustainability in all its forms. But did his financial score suffer because of his CSRHUB score?

And what are we to make of his Sustainanalytics ranking of 168 against Pablo Isla’s score of 76? On which environment, social or governance (ESG) factors did he underperform his betters in the rankings?

Isn’t it the case that these rankings should be taken with a large pinch of sodium chloride? Should HBR not use just one crude financial performance score and not attempt to take account of the ESG factors at all or look again at how it addresses non-financial performance?

I have sympathy with HBR’s dilemma. Society is increasingly vocal on behavioural matters. It’s right that HBR should reflect this. But their rankings will continue to be flawed unless and until boards catch up with society and incentivise their people on behaviour as much as performance. This shift would be reflected in the rankings since these merely mirror back what boards value. What’s measured gets delivered.

In work I do with boards, I find that those whose financial performance is strong, often suffer from hubris. Perhaps HBR should include a hubris score in their next rankings. It would be useful, if not amusing, to see what that would do to the current list.